Malawi’s most neglected national treasure is actually the richest rock art site in Central Africa and a UNESCO World Heritage Site. Little visited Chongoni Rock Art area contains beautiful rock faces and shelters that represent an ancient painting tradition dating back at least 2,000 years (according to the local guide it’s 10,000!). It’s a pain getting there, the dirt road uphill is REALLY bad but the views are more than rewarding.

Situated within a cluster of forested granite hills and covering, high up the stunning plateau of central Malawi, there are red and white paintings to be found. The red (animal blood) schematic paintings of various geometric patterns could be some 3500 years old and are thought to have been made by the hunter-gatherer Pygmies who inhabited the area in the Stone Age.
The white paintings are mainly of animals or mythical animal-like figures which represent spirits and are used in nyau dance. 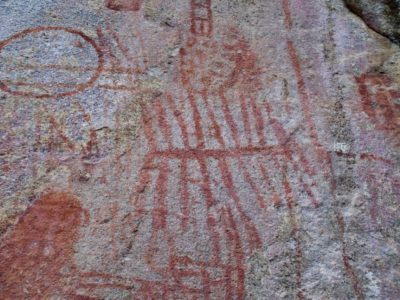 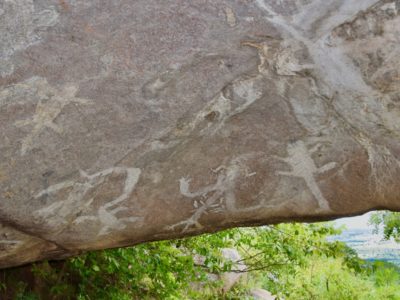 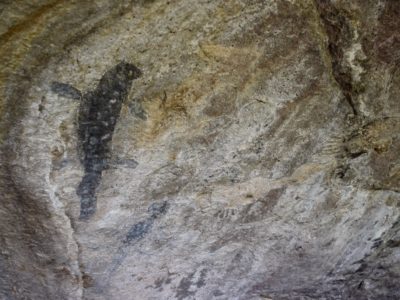 Malawi lies in sub-Saharan Africa, nestled between Zambia and Mozambique. It's one of the poorest countries in the world. But! It is safe. And with safari parks, mountain treks, tea estates and a lake of fresh water which covers one-third of the country, Malawi has plenty to offer when you want to venture off the beaten track.

This must see is part of
the following Malawi itineraries: