Just southeast of Temple Mount, you find a pathway through the valley with some strange stone monuments and tombs. The first is topped with what looks like an upside-down funnel. It got it's name based on 2 Samuel 18:18 where Absalom “set up for himself a pillar which is in the King’s Valley.” But the edifice has nothing to do with Absalom ;), but it represents a first-century funerary monument. Further along the path another funerary monument comes into view. This monument has a pyramid-shaped top and is named Zachariah’s Tomb. There's innumerable tombs that surround it, so take some time if you're into this stuff. 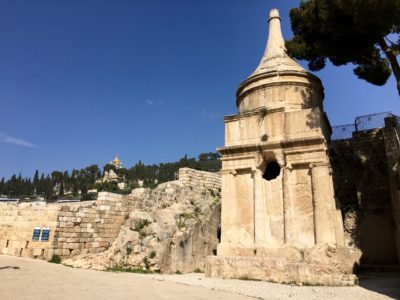 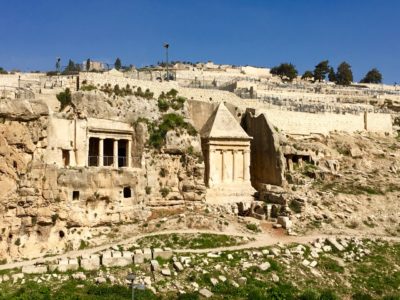 This highlight is part of
the following Jerusalem itinerary: